A compressor is a piece of machinery inside your hvac unit that compressor gaseous refrigerant so that it can pass through your refrigerant coil and be sent into your home to cool the air. A scroll compressor is a specific type of compressor that works by rotating pieces of metal instead of operating like a piston in an engine.

Why is a scroll compressor better? What makes AGKNX being the best Scroll Air Compressor Suppliers in China?

Scroll compressors have fewer moving parts which makes them more energy efficient, quieter, and less prone to failure. This generally provides a better experience to the homeowner as the system will cost less to operate and repair, and will produce less noise than a traditional compressor. 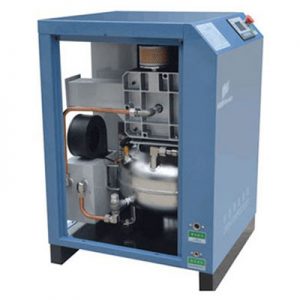 Agknx is an experienced scroll pump manufacturer and distributor of products that have been used across the world. With our commitment to provide quality products that meet customers needs, we have been providing industrial gadgets that are worth your investment.

Scroll compressors have been used in refrigerants for years by using advanced technology and new design, Agknx has introduced an entirely modern product in the market. With the patented W scroll airend, our technology is way more efficient and reliable than the traditional reciprocating compressors. 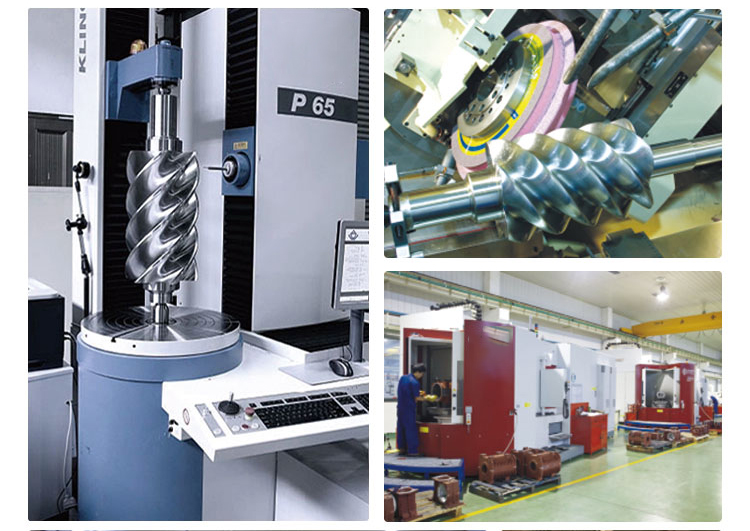 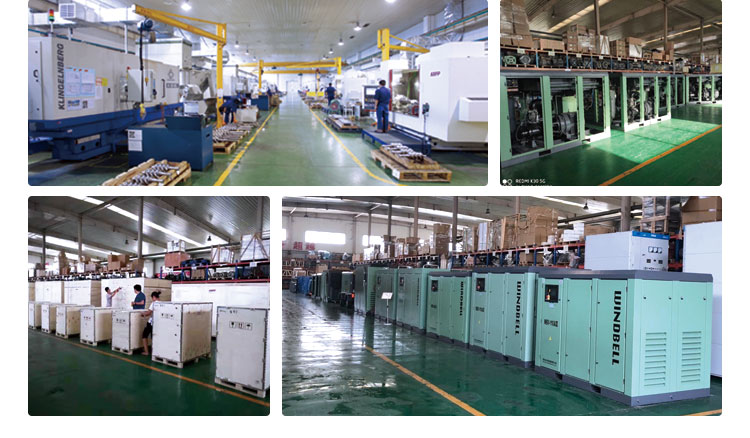 Our scroll compressors are apt for all kind of industrial use

Our designed scroll compressor operates by using two scrolls, one stationary and another orbiting around to create mechanical energy. Due to which the compressors are apt to be used in many different industries including food processing plants, breweries, chemical plants, natural gas pipelines, and more.

We provide a scroll compressor that can withstand high temperature

Agknx’s researchers and designers have redesigned the scroll compressors which have made them an effective solution to cool down your business with minimal noise pollution. The newly designed products also have the ability to work at higher temperatures than other types of compressors, meaning they’re perfect for industrial environments where high heat is common. So, using our scroll compressors will keep your company running smoothly no matter what you throw at it.

Innovative Multiplex Design that allows operating the exact number of compressors to match your demand with part-load efficiency.
Nearly silent operation using the quietest compression technology and fewer moving parts for a lower vibration and a healthy work environment.
Fewer components and less consumables for higher reliability resulting in longer life, less maintenance and longer service intervals.
Smaller footprint with a compact compressor and an aftercooler that provides sufficient cooling with a low temperature difference (CTD) to reduced air treatment equipment taking up less floor space.
Cool operation with the integral radial flow fan that creates built-in intercooling without the need for additional auxiliary fan help for a reliable operation. 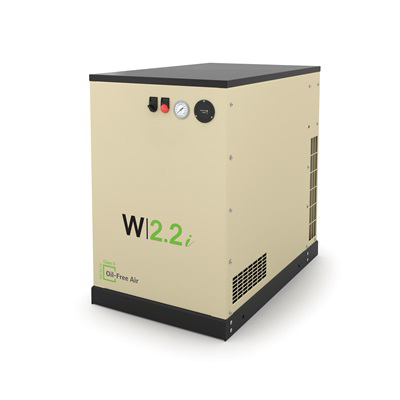 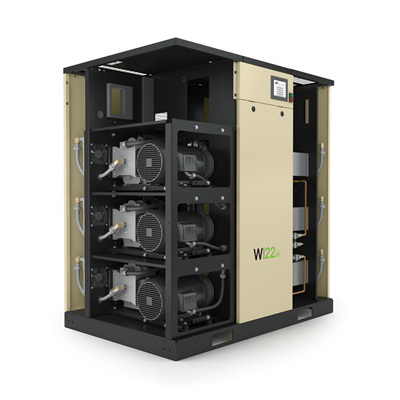 When efficiency, quiet operation, low maintenance and a small footprint are critical, Scroll Air Compressors are the smart choice. Their compact and innovative design make them ideal for many commercial applications where reliable oil-free air is required. Our Scroll Compressors deliver more flow per kW in most cases and reach pressures up to 145 psi in a single stage of compression with no metal to metal contact anywhere – therefore the technology requires no lubrication resulting in high quality oil-free air.

How a scroll compressors work

A scroll compressor actually consists of two scrolls or spirals. One scroll is moving, whereas the second one is fixed (attached to the compressor body). The first scroll orbits (rotates) in a path defined by its mating fixed scroll. The orbiting scroll is connected to the compressor’s crankshaft.As a result of the scroll’s movement, gas pockets are formed between the two scrolls. At the outer part of the scrolls, the pockets suck in gas and then move towards the center of the scroll, where the compressed gas is discharged. As the gas moves into the continuously smaller internal pockets, both its temperature and pressure are increased. Thus a desirable discharge pressure is achieved by the motion of the compressor scrolls.

Structure of a scroll type compressor

Scroll compressors are fully hermetic (enclosed in the compressor’s shell, which is usually a cylindrical welded steel shell). Majority of scroll compressors used in refrigeration and HVAC services are of vertical orientation, with the scroll sets typically installed on the upper part of the motor shaft.

Using valves in a scroll compressor

But in other cases, for example – air conditioning, having a discharge valve actually results in pressure losses, reducing the efficiency. Hence these are normally not preferred.

Scroll type compressors are inherently more efficient compared to other types of compressors for many reasons: 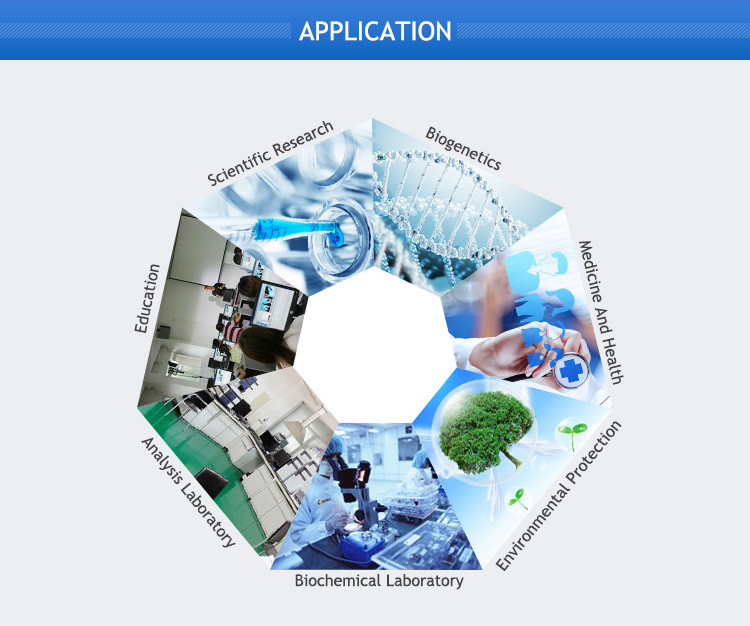 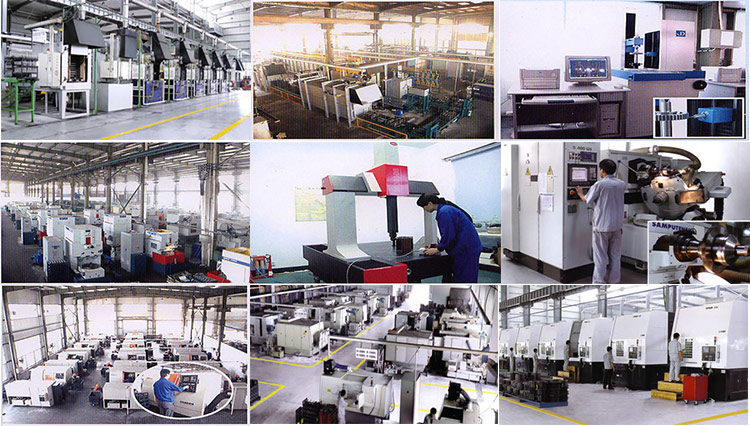 The scroll compressors we produce can be used for both low-temperature and high-temperature applications, making them an excellent choice for many different industries. They can also work with a wide range of fluids, including water, oil, air or gas. This makes them versatile enough to meet your needs no matter what they may be.

The compressor we deliver is reliable and will last years without breaking down. Moreover, keeping up the quality is our topmost priority and to maintain we offer top-notch products at competitive prices.

Our range of products also includes:

If you desire to be at the forefront of this revolutionary new technology, then, Agknx is your best bet. We offer a wide variety of models that will not only suit any application but also your budget. Even if you lack knowledge and information then don’t worry! We put together the pages with all the information you may need and our specialists are always there to guide you in finding the perfect fit for your application.

To reach us an email at [email protected] Find more about us by visiting our website https://roots-vacuum-pump.com/vacuum-pumps/